Las Vegas, NV – Emerge Nevada, the state’s premier organization that recruits, trains, and provides a powerful network to Democratic women considering running for office, is pleased to announce the addition of six women who have been named to the Board of Directors: Alison Brasier, Heather Goulding, Cyndy Hernandez, Denise Lopez, Lila Reeves-Hampton, and Cheryl Wilson.

“We are thrilled to welcome these six women to the Emerge Nevada Board of Director’s leadership team,” said Board President Electra Skrzydlewski. “With their vision, experience, and commitment to the organization’s mission, I am certain our new board members will invigorate our recruitment strategy, ensure our programming continues to be responsive to a changing political landscape and help build upon the momentum gained in 2018.” 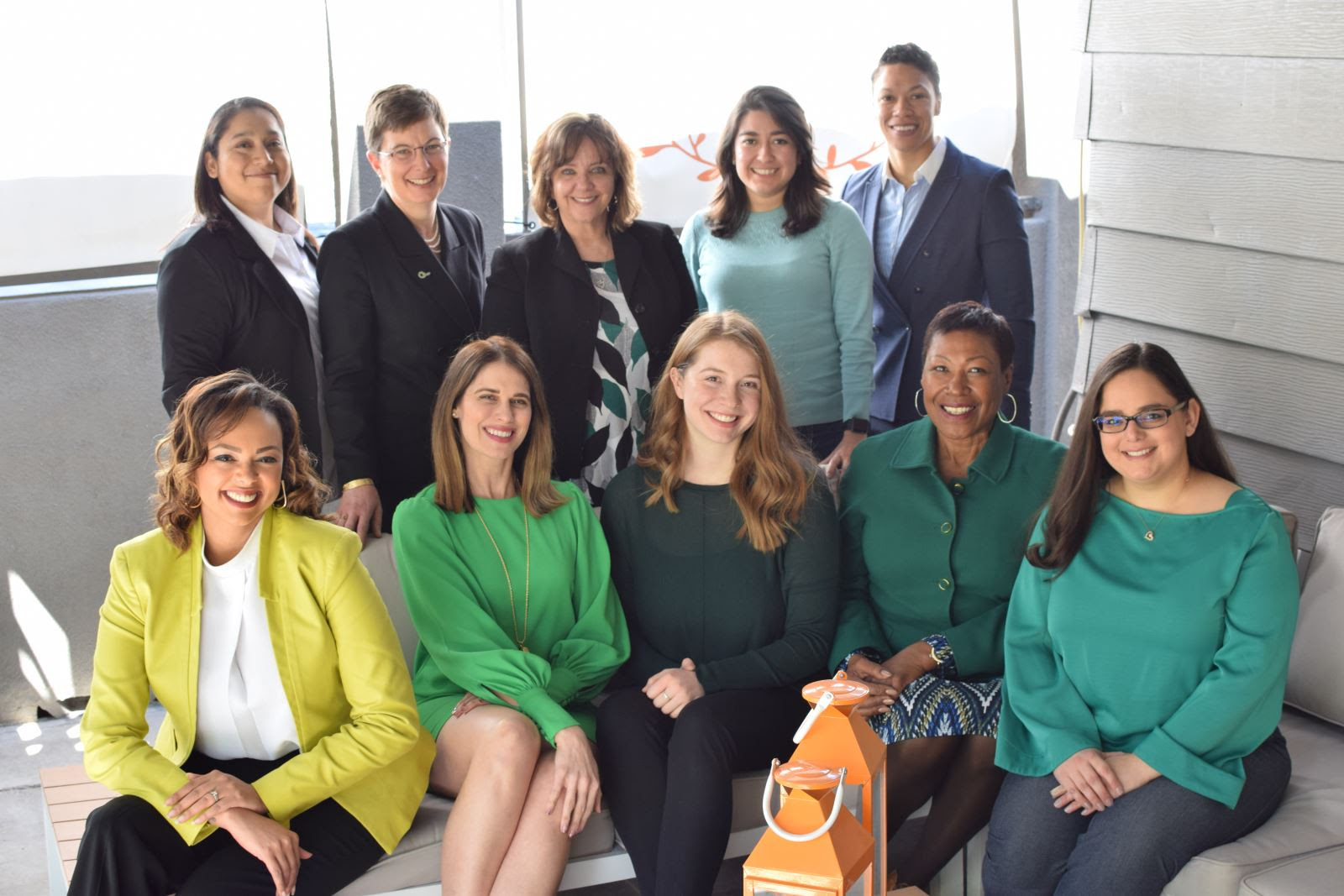 Alison Brasier is an alumna of the Emerge Nevada class of 2017 and serves as the board’s Fundraising Chair. Brasier is a second-generation, lifelong Nevadan, who studied law at the University of Nevada, Las Vegas Boyd School of Law. She has gone on to pursue her passions as an attorney at Cloward Hicks & Brasier in Las Vegas. Notably, Brasier helped to pass “Harvey’s Law” in the 2017 Nevada Legislative session, which required paratransit bus drivers to have life-saving CPR and First-Aid training.

Heather Goulding is an alumna of the Emerge Nevada class of 2018 and has been named Co-Chair of the board’s Alumnae Relations Committee. Goulding currently serves as Co-Chair of Coalition for Nevada National Guard Youth Challenge, which worked legislation through the 80th legislative session to bring a high school dropout recovery program, run by the National Guard, to the state of Nevada. She also brings over eight years of experience in non-profit management with Susan G. Komen Nevada, where she held multiple positions, including Executive Director of the Northern Nevada Affiliate.

Cyndy Hernandez joins the board with a variety of political campaigns and operations experience. Hernandez currently serves as a communications specialist for AFSCME. She has previously held organizing and political roles with For Our Future Nevada, NARAL Pro-Choice Nevada, Hillary for Nevada, and Obama for America. Hernandez served as an attaché in the 79th Nevada Legislative Session, and as an executive assistant in Congress and in the financial industry. She is a graduate of the University of Southern California and resides in Las Vegas.

Denise Lopez has been named Board Vice President and Co-Chair of Recruitment and Selection. Lopez brings her outstanding background in grassroots organizing and campaign work to the Emerge Nevada Board of Directors. Lopez has served as the Executive Director of the Washoe County Democratic Party, as well as organized for countless campaigns including her own in 2016. Lopez is the State Director of Faith in Action.

Lila Reeves-Hampton has been named Co-Chair of the board’s Communications Committee. Reeves-Hampton attended the University of Nevada, Reno, pursuing a degree in Journalism and Communication Studies. She worked on a Nevada state ballot measure campaign in the 2016 election. Reeves-Hampton is now an Account Manager at K. Sutherland PR, a full-service public relations agency in Reno, serving clients from a local to an international scale.

Cheryl Wilson serves as the board’s Governance Chair. Wilson is a graduate of Michigan State University and Michigan State University College of Law and has been living and practicing law in Nevada since 2002. Wilson works as Senior Counsel at the Las Vegas office of Tyson & Mendes, specializing in a range of legal issues including general liability, product liability, professional liability, risk management, and privacy issues. Cheryl has a passion for the law and works to protect the interests of all people facing legal issues.

To learn more about Emerge Nevada, visit https://nv.emergeamerica.org/, or if you are a member of the media, contact Danna Lovell at dlovell@emergenv.org or (702) 204-4802.